My name is Karma Dorji. I am 26 years old and I am married. I have two lovely daughters. Sonam Yangchen is my youngest daughter. She is just 1 year and 5 months old. And her sister Ngawang Tenzin Lhamo is barely 4 and half. Norbu Lhamo is my only wife. She is just 24.
Comparatively my family is the smallest one in the village and the youngest too. My wife is a simple woman. She is a good home maker. My elder daughter Ngawang Tenzin Lhamo imitates me a lot. She talks like me and also gets angry the way I do. Very recently Sonam Yangchen, her sister, started to move her tiny body throwing her hands in the air whenever i play some Bhutanese songs on my mobile. She has also started to bubble few words. She can perfectly pronounce the word ‘apa’ (daddy) which only resonate more love and care in me for my family. She also kisses me and waves her tender hands to say goodbye when I leave for work in the morning. Collectively this is our story but mostly this is My Story.
Five months back we were staying at my mother’s house. Unlike in other countries, it is customary here that female eventually inherits the family house. My mother died three years ago so now the immediate inheritor is my elder sister Tashi Peday. We were all happy then. Her inheriting the house didn’t bother me much but things slowly started to change the day my sister got married. She got married with much younger lad who is from another village.
The fireside conversations often started to get more heated. There were more disagreements among us and bitter feelings for each other began to invade our hearts. With not much delay I made up my mind to live separately before things get worse. On my request my father summoned few senior villagers and village heads to be the witness and to bring fairness in dividing family property.
Blankets/mattresses and kitchen utensils were divided equally but the law of the land gave her the house, cattle and much of the fertile lands.
With nothing heavy to carry on my back I went to Meymay Dorji to ask him to allow us to stay at his old and unoccupied house for a period of six months. Within that period i informed him that I would build a small house and vacant immediately. Meymay agreed!
Four months were passed in the new house when I received a call from my elder brother Kuenzang Namgyel. He had left for Thimphu two years back in search of a decent job. Unlike other calls to inquire about us in the village this particular call was different. He requested me to send him a sum of Nu: 1, 50,000(one Lakh Fifty Thousand). Why? He has been asked that sum of money by someone in Thimphu in order to get a job in Dubai.
My brother Kuenzang Namgyel told me that the country he will be visiting is a rich country. Tall buildings, sight of an ocean and he will be taking his lunch when I return home tired from my day’s work. He also shared with me that he will be flying in an Aero-plane from Paro International Airport to Dubai via the Indian Capital city. He informed me that the job he would be offered there is a lucrative one. So without any hesitation I immediately rushed to the BOB (Bank of Bhutan) office here in Trashiyangtse and credited a loan in my name and sent it to him in the same day.
In the village the news got spread! The people got extremely happy as if my bother will come back one day and take them all to that far away country.
Back home, things are getting pretty uneasy now. I have barely two months to live in meymay Dorji’s house free of cost and my kitchen stock has already kissed the floor. Getting work here is hard. I make some money from cutting wood chips and selling it to the agents here. I also earn an amount by helping lamas perform rituals in my village.
One evening when I was about to retire to my bed I again received a call from my bother. He informed me that he had to return from New Delhi because the prospective job has been postponed and he needs some more money to sustain in Thimphu.
(Although he is two years younger than me I call him Acho(elder brother) because he is shouldering a lot of responsibilities. He has two kids and a wife to look after, he wants to educate his younger brother so he doesn’t have to struggle like him, the huge loan is credited to his name and he also have to build a house for his own family.  I salute his courage)
at December 13, 2011

Amidst the menace: Corona Virus vs My Nation.

PC: Google. History tells many tales of our gallantry and contentment  s howcased by us in our times of celebration or of challenge.... 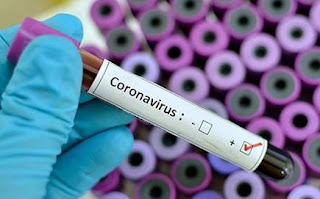 All the information provided here are my own opinion and is not directed to harm any individual or organizations.
If anyone wants to publish/use the articles herein shall do provided you mention the source.
Happy reading Folks!